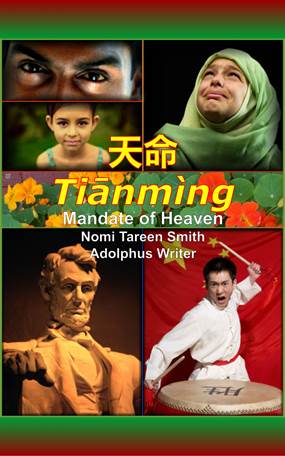 Much has been said recently about the reestablishment of Israel in the Middle East. Even Kim Riddlebarger’s A Case for Amillennialism, which we mentioned a few weeks ago, touches on the issue of national Israel. Some of what’s been said is divisive and some is not.

So let’s step back from the contemporary rhetoric and see what the Bible says. The Apostle Paul discussed Israel in his letter to the church in Rome. He described that nation’s relationship to God now that the gospel had been revealed. Paul made the following statement:

And in this way all Israel will be saved, as it is written,

“The Deliverer will come from Zion,

He will banish ungodliness from Jacob”;

What did he mean by ‘in this way?’ It seems that a lot of controversy surrounds this clause.

The exegete John Calvin said of the verse:

Many understand this of the Jewish people, as though Paul had said, that religion would again be restored among them as before [e.g., the sacrificial system].

But I extend the word Israel to all the people of God, according to this meaning:

“When the Gentiles shall come in, the Jews also shall return from their defection to the obedience of faith; and thus shall be completed the salvation of the whole Israel of God, which must be gathered from both; and yet in such a way that the Jews shall obtain the first place, being as it were the first-born in God’s family.”

Calvin didn’t make this assertion and others because of personal preference or animus, but based on the context of Paul’s statements in the chapter. Paul went on to say:

As regards the gospel, they [i.e., Israel] are enemies for your [i.e., the hearers of his letter] sake. But as regards election, they are beloved for the sake of their forefathers. For the gifts and the calling of God are irrevocable.

For just as you were at one time disobedient to God but now have received mercy because of their disobedience, so they too have now been disobedient in order that by the mercy shown to you they also may now receive mercy. For God has consigned all to disobedience, that he may have mercy on all. Romans 11:28-32 (ESV)

To this, Calvin commented:

[Paul] shows that the worst thing in the Jews ought not to subject them to the contempt of the Gentiles. Their chief crime was unbelief: but Paul teaches us, that they were thus blinded for a time by God’s providence, that a way to the gospel might be made for the Gentiles;

Paul then intends here to teach two things — that there is nothing in any man why he should be preferred to others, apart from the mere favor of God; and that God in the dispensation of his grace, is under no restraint that he should not grant it to whom he pleases.

There is an emphasis in the word mercy; for it intimates that God is bound to none, and that he therefore saves all freely, for they are all equally lost.

…Paul simply means that both Jews and Gentiles do not otherwise obtain salvation than through the mercy of God, and thus he leaves to none any reason for complaint. It is indeed true that this mercy is without any difference offered to all, but everyone must seek it by faith.

And thus ‘in this way’: All Israel Shall Be Saved.

The view from Megiddo, northeast across the Jezreel Valley in Israel to Mount Tabor, 9 November 2005, by Joe Freeman, Creative Commons Attribution-Share Alike 2.5 Generic

John Calvin addressed the issue posed by the title in his Institutes of the Christian Religion. He says it’s absurd to dissuade people from praying because God always knows our needs without us informing Him. To the contrary, Calvin cites Psalm 145:18:

The Lord is near to all who call on him,

to all who call on him in truth. (ESV)

as the very reason that we should ask for His aid.

Calvin also shoots down the claim that it is unnecessary to ask for things He is ready and willing to provide. He cites Ps. 34:15:

The eyes of the Lord are toward the righteous

and his ears toward their cry. (ESV)

to assert that God bestows His gifts liberally in answer to the prayers of His children so as to prove His love toward them.

However, Calvin doesn’t discount our laziness and outright presumption at times:

…Although it is true that while we are listless or insensible to our wretchedness, he wakes and watches for use and sometimes even assists us unasked; it is very much for our interest to be constantly supplicating him:

First, that our heart may always be inflamed with a serious and ardent desire of seeking, loving and serving him, while we accustom ourselves to have recourse to him as a sacred anchor in every necessity;

Secondly, that no desires, no longing whatever, of which we are ashamed to make him the witness, may enter our minds, while we learn to place all our wishes in his sight, and thus pour out our heart before him; and,

Lastly, that we may be prepared to receive all his benefits with true gratitude and thanksgiving, while our prayers remind us that they proceed from his hand.

Calvin observes that we more earnestly desire continued answers once we’ve recognized He has answered our previous prayers. We identify His continual, active providence as His tangible demonstration of His promises to us through our experiences of answered prayer.

And so Calvin concludes that both of the following are true: Ps. 121:4

Behold, he who keeps Israel

will neither slumber nor sleep. (ESV)

And yet whenever He sees us insensible, or, may it not be, unbelieving, he withdraws as if he had forgotten us. 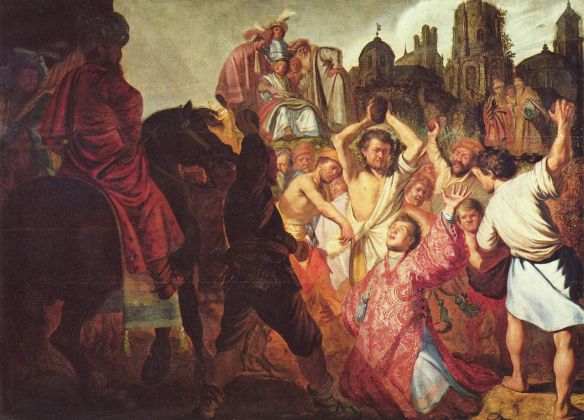