Indeed, the science denial crowd hasn’t been happy with Cosmos in general. Here are some principal lines of attack:

Chris Mooney is a science and political journalist, podcaster, and the host of MJ’s Climate Desk Live. He is the author of four books, including the New York Times bestselling The Republican War on Science. You can read the rest at Bill Moyer’s site and Mother Jones, if you like this sort of thing.

Michael Brendan Dougherty, a more subtle critic, says in his article: ‘In Defense of Creationists – Sure, they’re misreading Genesis. But for all the right reasons.’

My own view is that a literal one-week creation should be ruled out because, combined with the best knowledge we have of science, it would make God into a devil, a trickster. “Haha, mortals, I only buried these dinosaur bones and set the galaxies in explosive motion so the unbelievers would damn themselves to Hell,” doesn’t sound like a great or loving God. It seems to me that the very idea of good, eternal, law-giving God endowing man with rational abilities was the historical prerequisite for scientific exploration.

Michael Brendan Dougherty is senior correspondent at TheWeek.com. He is the founder and editor of The Slurve, a newsletter about baseball. His work has appeared in The New York Times Magazine, ESPN Magazine, Slate and The American Conservative. You can read the rest of this article at The Week.

In the act of creation, God demonstrated overwhelming creative power throughout time and space (and whatever else there might be that we have yet to discover). We reviewed this concept in-depth in our post ‘Every Good Story – Thysdor Ya’Rosel’ and more succinctly in ‘All the world’s a stage…’

So far as misreading Genesis, we covered that issue in the recent post ‘Nip ‘Em in the Bud.’

We live in a universe governed by laws which the Law Giver can suspend as it suits His good pleasure. We’ve covered this concept in another recent post ‘Instrumentality.’

For those of us old enough to remember, both the Twilight Zone and Outer Limits television series’ had episodes where that which existed had no reality behind it. How creepy would it be to dig into the ground and find nothing (i.e. no precious metals and gems, petrochemicals, fossils, etc.)?

To this point, the scriptures describe treasures in the sand and deep beneath the ground. As described in Scripture, the world is meant to communicate two major lessons concerning God:

For his invisible attributes, namely, his eternal power and divine nature, have been clearly perceived, ever since the creation of the world, in the things that have been made. Romans 1:20 English Standard Version (ESV)

On the fossils front, death certainly entered creation when the Lord God made garments of skins to clothe Adam and Eve after their fall from grace.  We also read that the creation was subjected to futility by God because of Adam’s sin. So, we can say with confidence that sin had far-reaching consequences for creation!

It’s helpful to see the Scriptures as an accommodation to us by an infinite and unknowable God. In fact, the Lord Jesus Christ is described as the image of the invisible God and declares Himself of one essence with the Father. He appeared to us in human form to identify with us more fully than we sometimes appreciate.

A parable is a succinct, didactic story, in prose or verse, which illustrates one or more instructive lessons or principles. It differs from a fable in that fables employ animals, plants, inanimate objects, or forces of nature as characters, whereas parables have human characters. A parable is a type of analogy.

When asked, the Lord Jesus Christ explained to His followers why He spoke in parables:

He spoke this to remind His followers of Isaiah’s prophecy:

Again, reiterating today’s opening statements, isn’t He evil for not revealing all? In the parable about Lazarus and the rich man, concerning warnings about the place of eternal torment:

He said to him, ‘If they do not hear Moses and the Prophets, neither will they be convinced if someone should rise from the dead.’” Luke 16:31 (ESV)

Ultimately, it comes down to believing, or not, the documentary evidence that we have in Scripture. We’ve addressed the authority and basic meaning of Scripture in our posts: ‘Authority of Scripture?’ and ‘Scripture – What Is It Good For?,’ respectively.

So, we stand condemned unless He saves us and, otherwise, we remain dead in our sins and trespasses. God, through the apostle, speaks of His sovereignty in these matters:

But who are you, O man, to answer back to God? Will what is molded say to its molder, “Why have you made me like this?” Romans 9:20 (ESV)

We may take offence to this statement. But, we’ve conveniently forgotten what preceded this passage:

…For all have sinned and fall short of the glory of God, Romans 3:23 (ESV)

The onus for sin lies with us. We’ve examined our responsibility in the post titled: ‘There, But for God’s Grace and Mercy Through His Providence, Go I.’

Why one side insists on winning a war started before the First World War, I understand. Loosely paraphrasing Huxley, they believe what they want because they have an agenda that doesn’t include the One that made them. We’ve covered Aldous Huxley’s admission in our posts ‘Wonder Why?’ and ‘Mean Ends – Luxe Hso-Dualy.’

But I grow tired of their fight as this life winds down. These recurrent attacks endanger the liberty we all claim to cherish. You can keep your slapshots to yourselves. We’ve already addressed this latest controversy in our post: ‘Climate Changiness.’

Now, we’ve discussed how it’s our duty to live peaceful and quiet lives. The Scriptures say we will be persecuted as He was. However, dear folks of the opposition, your war is with Him. And you will inevitably appear before Him, so, please live peacefully while He gives you opportunity to repent.

Politicization of science by the right or the left is futile. Finally, it comes down to what the Lord Jesus Christ said to His critics:

Jesus said to them, “Is this not the reason you are wrong, because you know neither the Scriptures nor the power of God? Mark 12:24 (ESV)

I urge you, turn and be healed. 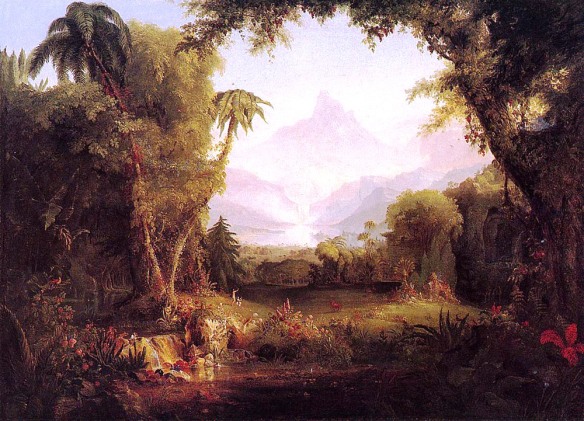