No one likes a stern rebuke for something they’ve done wrong. Perhaps our father, a coworker, or our boss reprimanded us. Rejecting correction from the former could have led to punishment if we weren’t repentant (and sometimes even then.) Rejecting the same from the latter could lead to job termination. Often, however, chastisement brings with it wisdom.

But, what if the one you’ve offended has a world-changing responsibility to carry out? Performing that responsibility will affect untold millions upon millions of lives for all time and eternity and you’re opposing them. After Christ described to His Disciples the manner of His death and resurrection:

…Peter took him aside and began to rebuke him, saying, “Far be it from you, Lord! This shall never happen to you.” But he turned and said to Peter, “Get behind me, Satan! You are a hindrance to me. For you are not setting your mind on the things of God, but on the things of man.” Matthew 16:22-23 English Standard Version (ESV)

Clearly, what Christ earlier described and then later endured was in all of our interests and for our benefit. That Peter opposed it showed earthly sentiment. Christ used the opportunity to correct, not only Peter, but, the rest of the disciples and us:

How should we understand what Peter did and the nature of Christ’s rebuke? John Calvin says:

And Peter, taking him aside, began to rebuke him. It is a proof of the excessive zeal of Peter, that he reproves his Master…It was highly presumptuous of Peter to advise our Lord to spare himself, as if he had been deficient in prudence or self-command. But so completely are men hurried on and driven headlong by inconsiderate zeal, that they do not hesitate to pass judgment on God himself, according to their own fancy.

…In the person of one man [Christ] intended to restrain all from gratifying their own passions. …It is on this account that Christ reproves it so sharply, and bruises it, as it were, with an iron hammer, to teach us that it is only from the word of God that we ought to be wise.

Get thee behind me, Satan. …Luke (4:8) informs us that our Lord used those very words in repelling the attacks of Satan, and the verb…signifies to withdraw. Christ therefore throws his disciple to a distance from him, because, in his inconsiderate zeal, he acted the part of Satan; for he does not simply call him adversary, but gives him the name of the devil, as an expression of the greatest abhorrence.

Thou art an offense to me; for you relish not those things which are of God, but those which are of men. Peter was an offense to Christ, so long as he opposed his calling; for, when Peter attempted to stop the course of his Master, [he would have] deprived himself and all mankind of eternal salvation.

This single word, therefore, shows with what care we ought to avoid everything that withdraws us from obedience to God…Lest we and our intentions should be sent away by our heavenly Judge to the devil, let us learn not to be too much attached to our own views, but submissively to embrace whatever the Lord approves.

…And with regard to ourselves, if we do not, of our own accord, resolve to shut ourselves out from the way of salvation by deadly obstacles, let us not desire to be wise in any other manner than from the mouth of God.

That day, Peter clearly learned the truth of Proverbs 3:5–8 the hard way.

Trust in the Lord with all your heart,

and do not lean on your own understanding.

In all your ways acknowledge him,

and he will make straight your paths.

Be not wise in your own eyes;

fear the Lord, and turn away from evil.

It will be healing to your flesh

and refreshment to your bones.

Let us take his lesson to heart and not repeat his mistake. 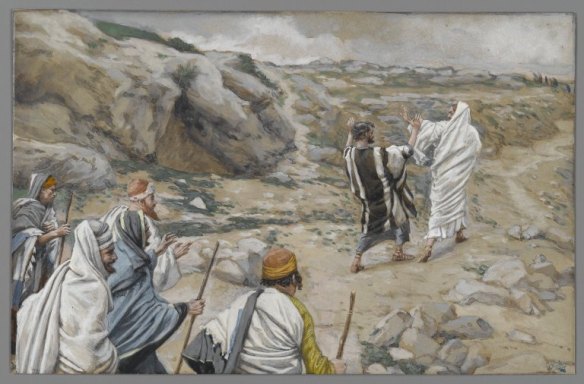 I hope God’s not fair, and so should you. The scriptures say: by the works of the law, no one is justified.

For all have sinned and fall short of God’s glory.

But, He has not dealt with us as our sins deserve.

He saves us, not because of righteous works we have done, but according to His mercy.

But, as a result of His work in us, we must show our faith by our works.

God, through His apostles and prophets, is blunt:

Let no one deceive himself. If anyone among you thinks that he is wise in this age, let him become a fool that he may become wise. For the wisdom of this world is folly with God. For it is written, “He catches the wise in their craftiness,” and again, “The Lord knows the thoughts of the wise, that they are futile.” 1 Corinthians 3:18-20 English Standard Version (ESV)

Therefore, repent and trust Him for life. 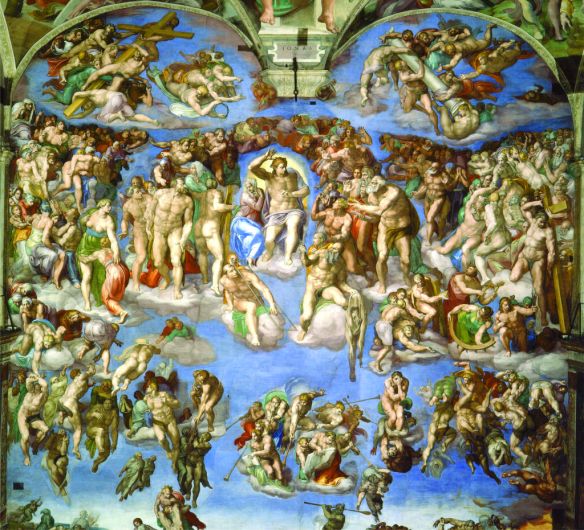