In this month’s SciAm magazine, skeptic Michael Shermer writes a department feature article titled: Is God Dying? He cites the 2013 Bertelsmann Foundation survey of 14,000 people in 13 democratic nations for the foundation’s Religion Monitor. The study concludes that there is both widespread approval for the separation of church and state and a decline in religiosity over time and across generations.

Dr. Shermer claims the spread of democracy leads to the decline. He says that no one in religiously pluralistic countries can claim special status by faith membership. Also, since democracies have higher literacy rates and mass education, these lead to tolerance for others beliefs. Greater tolerance, in turn, lowers religious absolutism thereby undermining truth claims of any one religion over others.

“Socio-economic well–being generally results in a decline in the social significance of religion in society and a decrease in the numbers of people who base their life praxis on religious norms and rules,”

Dr. Shermer explains that as a country’s impoverished declines, so, too, does religiosity since that is one of religion’s social functions.

He points out that the study authors do not go so far to say that “God is dead,” the Nietzschean conclusion. However, Dr. Shermer concludes the essay by citing a Pew Research Center survey that found the fastest–growing religious cohort in America is the “nones.” Out of 240 million Americans over 18 years of age, 14.4 million are atheist/agnostic and 33.6 million are religiously unaffiliated. He concludes this is a powerful voting block.

But what was he trying to say? Perhaps something like this: Democracy produces a decline of religiosity through mass education and social welfare. Education produces tolerance and tolerance undermines religious truth. Since the poor are relieved via secular means, there is no need for religious community services. Though he portrays the study he cites as not advocating “God is dead,” he then says the rise of the non-religious and unaffiliated form a powerful voting block. The purpose, left unsaid, for the voting block is the secularization of morality in democratic society.

Why didn’t he just come out and say that? I could have edited his essay for him so it would have been much clearer. Perhaps he’ll ask me to do so next time?

I’m sure Dr. Shermer knows the implications of his arguments with his head, if not his heart. True religion is controlling one’s actions and doing good, things to which no state can object. It is not mere tribalism as if one could select one’s god on the same basis one selects one’s political affiliation. Faith is God’s gift, no human attainment of faith is possible. Therefore, education can only strengthen one’s belief if one has it, whether for no god or the one true God.

I do concur with Dr. Shermer that democracy holds, at its core, the seeds of its destruction. As Kenneth Minogue (Sept. 11, 1930 – June 28, 2013), political theorist and Professor Emeritus of Political Science, writes:

My concern with democracy…begins in observing the remarkable fact that, while democracy means a government accountable to the electorate, our rulers now make us accountable to them…Nor should we be in any doubt that nationalizing the moral life is the first step towards totalitarianism…Yet decisions about how we live are what we mean by “freedom,” and freedom is incompatible with a moralizing state. That is why I am provoked to ask the question: can the moral life survive democracy? …It is this element of dehumanization that has produced what I am calling “the servile mind.” The charge of servility or slavishness is a serious one.

Finally, and perhaps Dr. Shermer forgets, God was once dead, not “mostly dead” as the title of the article purports. He is right, though, in believing that faith will likely diminish as the centuries pass. In fact, the Lord, commenting on the inevitability of His justice when he returns, says: “I tell you, he will give justice to them speedily. Nevertheless, when the Son of Man comes, will he find faith on earth?” 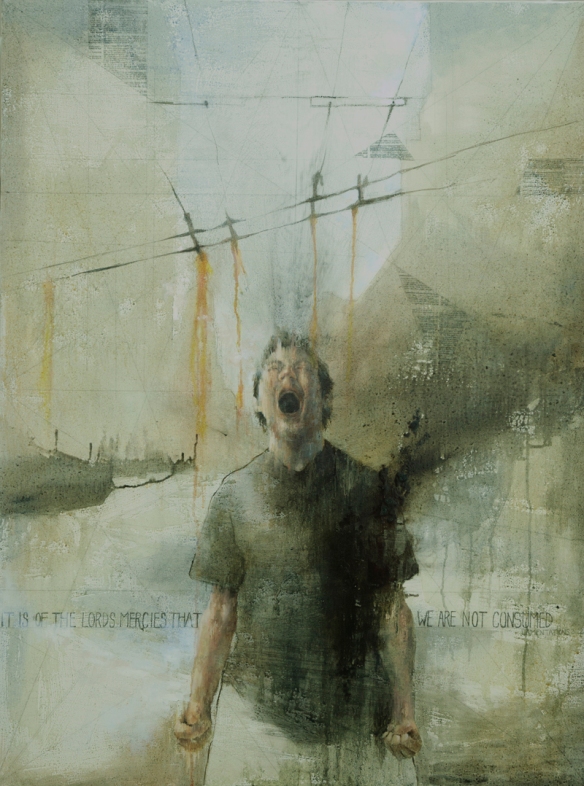