How can something come from nothing? That’s what a recent cosmology theory purports to explain. The scriptures present a different story:

In the beginning, God created the heavens and the earth. Genesis 1:1 English Standard Version (ESV)

And this explanation isn’t confined to the first three chapters of Genesis but is found throughout the scriptures. If it is false, then all of scripture can be reckoned as false as well. And there are significant consequences if the scriptures aren’t true.

In an October 10, 2012 Ligonier blog post titled: “In the Beginning God,” which is an excerpt taken from the book God’s Love, R. C. Sproul discusses the Genesis account:

Sproul then touches on a topic we covered last week:

Because God Himself had no beginning, He was already there in the beginning. He antedates the created order. When we affirm that God is eternal, we are also saying that He possesses the attribute of aseity, or self-existence. This means that God eternally has existed of Himself and in Himself. He is not a contingent being. He did not derive from some other source. He is not dependent on any power outside Himself to exist…He is not an effect of some antecedent cause. In a word, He is not a creature. No creature has the power of being in and of itself. All creatures are contingent, derived, and dependent. This is the essence of their creatureliness.

And, as we discussed last week, all that we perceive in the world would not exist without their First Cause, God All Mighty. Sproul examines this consequence as he concludes:

The usual alternative is some sort of self-creation, which, in whatever form it takes, falls into irrationality and absurdity. To assert the self-creation of anything is to leap into the abyss of the absurd because for something to create itself, it would have had to exist before it existed to do the job. It would have had to be and not be at the same time and in the same relationship.

…If there ever was a time when absolutely nothing existed, all there could possibly be now is nothing. Even that statement is problematic because there can never be nothing; if nothing ever was, then it would be something and not nothing.

The attack upon the Genesis account doesn’t stop at nothing, though. There is too much at stake. Another avenue is the reconciliation of the apparent age of the universe with the days of creation described in Genesis’s first two chapters. The church has been on the ropes over this one for decades if not longer. 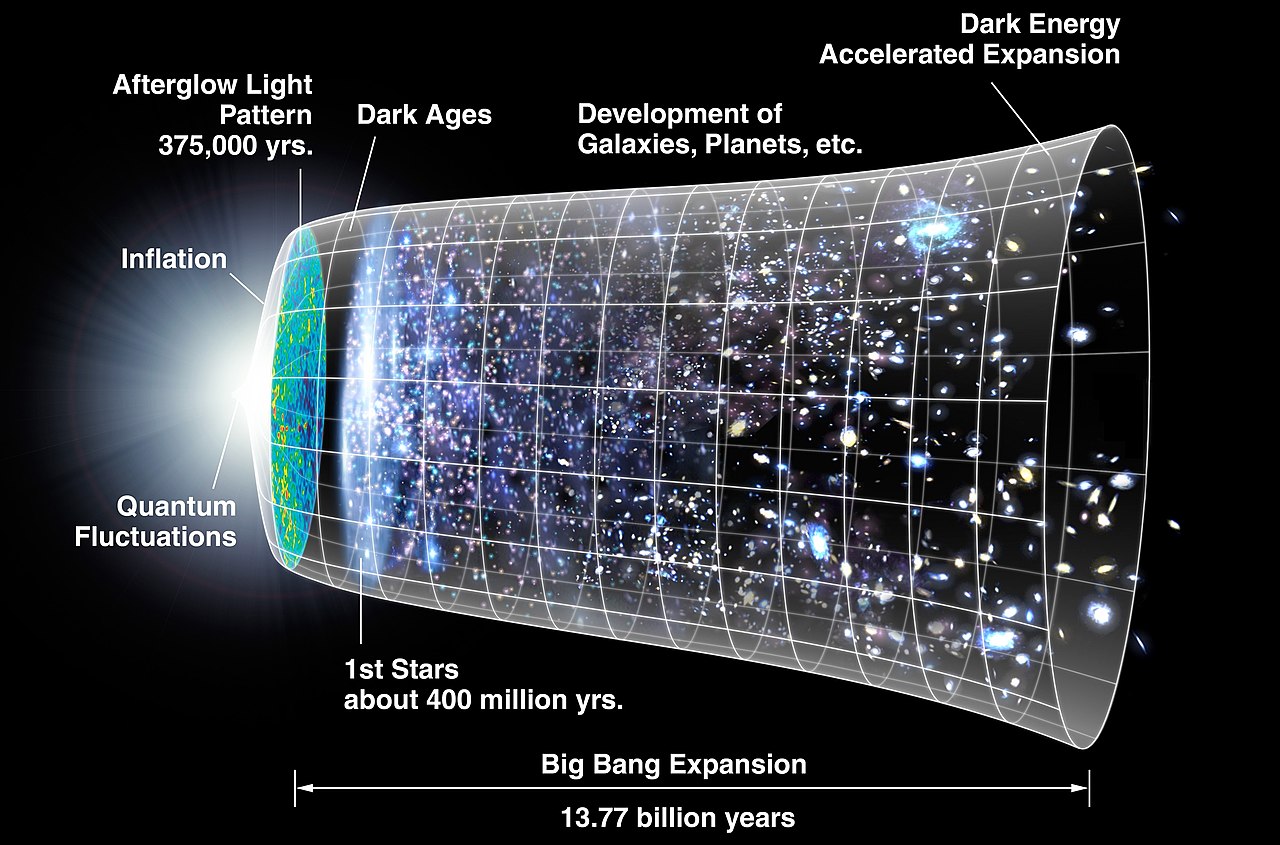 Timeline of the Universe, circa 2006, NASA/WMAP Science Team, in the public domain in the United States

We’ve previously examined why the earth appears so old. Dorothy Leigh Sayers, in her book Letters to a Diminished Church: Passionate Arguments for the Relevance of Christian Doctrine, offers an intriguing explanation for Genesis, chapters 1-3:

…God had, at some moment or other, created the universe complete with all the vestiges of an imaginary past…Extravagant…if one thinks of God as a [scientist]…but, if one thinks of Him as working in the same sort of way as a creative artist, then [it seems] the most natural thing in the world.

Albert Mohler, in his sermon: “Why Does the Universe Look So Old?” says, “because the Creator made it whole,” that is, fully developed, and it “bares testimony to the effects of sin and testimony to the judgment of God.” This last point merits development.

Usually, some will object, how can fossils have been created in the first six days, which God pronounced very good, since these fossils represent the deaths of many creatures? The answer is that death entered through the curse (Genesis 3; Romans 5:12) sometime after the seventh day, a day of rest. Further, the Apostle Paul comments on Genesis 3 when he says:

For the creation waits with eager longing for the revealing of the sons of God. For the creation was subjected to futility, not willingly, but because of him who subjected it, in hope that the creation itself will be set free from its bondage to corruption and obtain the freedom of the glory of the children of God. Romans 8:19-21 (ESV)

Clearly, God’s curse on humanity materially affected all creation, including the earth itself, with corruption. For self-consistency, that corruption naturally must include dead creatures.

Therefore, if the Genesis account is true, how should we then respond?