I’m Better Than You? I know I shouldn’t, but I feel hostile toward someone who indicates, through words or deeds, that they think they’re better than me. Perhaps they’ve denigrated my beliefs, or my world view, or maybe, my God. How dare they do that, I think. They’ll be sorry. God will get them. And I’m not going to warn or pray for them, either.

In his essay, ‘Can We be Good Without God,’ Glenn Tinder describes the setting in which we find ourselves:

The life of every society is a harsh process of mutual appraisal. People are ceaselessly judged and ranked, and they in turn ceaselessly judge and rank others. This is partly a necessity of social and political order… It is partly also a struggle for self-esteem; we judge ourselves for the most part as others judge us. Hence outer and inner pressures alike impel us to enter the struggle.

In his book, Revolt Against the Masses, Fred Siegel warns that Nietzsche called for a new aristocracy; an elite to run the world, as H. G. Wells put it. Siegel shows convincingly that this spirit has been at work in the US political system since before World War One.  The C-SPAN talk, in its entirety, is found here.

In the midst of this and other movements, I worry we’ll give our democracy away to totalitarianism.

But Tinder reminds us that something different, sacrificial love, or agape, undergirds our Western moral system:

Agape is the core of Christian morality. Moreover, as we shall see, it is a source of political standards that are widely accepted and even widely, if imperfectly, realized…

Agape means refusing to take part in this process [of mutual appraisal]. It lifts the one who is loved above the level of reality on which a human being can be equated with a set of observable characteristics. The agape of God, according to Christian faith, does this with redemptive power; God ‘crucifies’ the observable, and always deficient, individual, and “raises up” that individual to new life. The agape of human beings bestows new life in turn by accepting the work of God.

Returning to the initial theme of this essay, when I feel this way, I remember these truths:

“Bless those who persecute you; bless and do not curse them… Beloved, never avenge yourselves, but leave it to the wrath of God, for it is written, ‘Vengeance is mine, I will repay, says the Lord.’” Romans 12:14-21

“You have heard that it was said, ‘You shall love your neighbor and hate your enemy.’ But I say to you, Love your enemies and pray for those who persecute you, so that you may be sons of your Father who is in heaven. For he makes his sun rise on the evil and on the good, and sends rain on the just and on the unjust.”  Matthew 5:43-45

“Blessed are you when people hate you and when they exclude you and revile you and spurn your name as evil, on account of the Son of Man! Rejoice in that day, and leap for joy, for behold, your reward is great in heaven; for so their fathers did to the prophets.” Luke 6:22-23

“If you love those who love you, what benefit is that to you? …But love your enemies, and do good, and lend, expecting nothing in return, and your reward will be great, and you will be sons of the Most High, for he is kind to the ungrateful and the evil. Be merciful, even as your Father is merciful.” Luke 6:32-36

“Beloved, do not be surprised at the fiery trial when it comes upon you to test you, as though something strange were happening to you. But rejoice insofar as you share Christ’s sufferings, that you may also rejoice and be glad when his glory is revealed” 1 Peter 4:12-13

“You know that the rulers of the Gentiles lord it over them, and their great ones exercise authority over them. It shall not be so among you. But whoever would be great among you must be your servant, and whoever would be first among you must be your slave, even as the Son of Man came not to be served but to serve, and to give his life as a ransom for many.” Matt. 20:25-28; Mark 10:42-45; Luke 22:24-27

“[Peter to the elders] Shepherd the flock of God that is among you, exercising oversight, not under compulsion, but willingly, as God would have you; not for shameful gain, but eagerly;  not domineering over those in your charge, but being examples to the flock.” 1 Peter 5:2-3

“[Paul to the Corinthians] To the present hour we hunger and thirst, we are poorly dressed and buffeted and homeless, and we labor, working with our own hands. When reviled, we bless; when persecuted, we endure; when slandered, we entreat. We have become, and are still, like the scum of the world, the refuse of all things.” 1 Cor. 4:11-13

“[Paul to the Philippians] Brothers, join in imitating me, and keep your eyes on those who walk according to the example you have in us.” Phil. 3:17

“…[Make] supplications, prayers, intercessions, and thanksgivings [to God]…for all people, for kings and all who are in high positions, that we may lead a peaceful and quiet life, godly and dignified in every way…” 1 Tim. 2:1-4

“The God of peace will soon crush Satan under your feet. Rom. 16:20 …by the blood of the Lamb and the word of our testimony, for they loved not their lives even unto death.” Rev. 12:11

This last one takes me aback, but it is as true as the others. 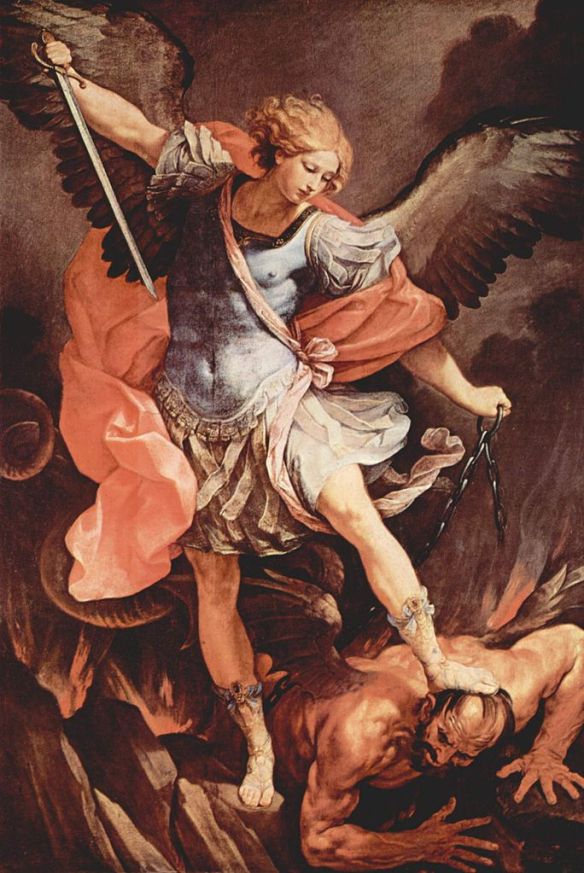 After this life is over, the only thing I want to hear from my Lord is: “well done good and faithful servant…” knowing that, after doing all, I’ve done only what I was supposed to do. And I want that for you too. But that’s ultimately a transaction between you and Him.

This is my hope for you.